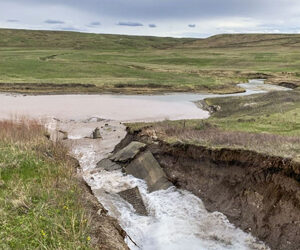 The last of five drop structures that move water through the St. Mary Canal to the North Fork of the Milk River is seen after its failure last weekend northwest of Cutbank, Montana. United States Bureau of Reclamation photo