Delon Shurtz
Lethbridge Herald
dshurtz@lethbridgeherald.com
Distraught over a split with his common-law spouse, Kyle Lewis Crow Chief entered his ex’s residence near Glenwood, caught her with another man, and shot him in the head.
Crow Chief fled to Edmonton after the shooting during the early morning hours of Feb. 7, 2019, but was found several days later and charged with second-degree murder. On Monday, however, the 29-year-old man pleaded guilty in Lethbridge provincial court to break and enter to commit aggravated assault, and discharging a firearm to wound, maim, disfigure or endanger life.
Crow Chief and his former spouse, Sheena Sugai, had separated two months before the shooting, and Crow Chief had moved in with his brother while Sugai remained in her father’s home, Crown Prosecutor Erin Olsen told court.
The day before the shooting Crow Chief picked up his two children from their home and took them to a hockey game in Lethbridge. He also took a .22-calibre rifle from the house. That same day he had learned Sugai was in a relationship with Jesse Day Rider, and he was distraught.
“He then decided to go to her home with the intention of confronting her with what he knew about her relationship with Mr. Day Rider,” Olsen explained. “He was also considering suicide.”
At about 2:20 a.m. Feb. 7 Crow Chief went into the house, entered Sugai’s bedroom and found her and 41-year-old Day Rider asleep in bed. He pointed the gun at Day Rider, yelled “what the f— is going on?” and shot him in the head. Crow Chief fired a second shot while Sugai attempted to push him out of the room, and the bullet struck the already unconscious Day Rider in the shoulder.
“Mr. Day Rider suffered a life-threatening brain injury when Mr. Crow Chief shot him in the head,” Olsen told Judge Sylvia Oishi. “He was taken by ambulance to Fort Macleod where he met the STARS air ambulance and was flown to Calgary.”
The victim remained on life support for several months and is currently in the Chinook Regional Hospital in Lethbridge with what is believed to be permanent and severe brain damage. He requires 24-hour care and can’t speak or walk.
“His family measures progress in small successes, such as when he was able to wiggle his toes again, or when he seemed able to blink his eyes in response to something they said or did.”
Olsen said Crow Chief gave a statement to police and blamed Sugai for the shooting, claiming she had been unfaithful and had lied to him. And because she was involved with Day Rider, she had lost the opportunity to be a mother to their children. Crow Chief said had Sugai been honest with him, he may have handled things differently.
“He also said he was not going to kill Miss Sugai because his children would never forgive him.”
Crow Chief, who has been out of custody since he was granted bail in January, sat motionless and alone on one side of the courtroom while Olsen read details of the shooting.
A sentencing hearing won’t be held until next March to allow time for the preparation of several assessments, which will help the judge determine a fit sentence. And although Olsen and Calgary lawyer Balfour Der agreed with each other on the details of the offence outlined in court, they are not expected to agree with each other on a sentence.
Follow @DShurtzHerald on Twitter 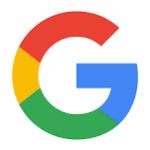